As an Amazon Associate, we earn from qualifying purchases.

I typically buy the huge bag of frozen shredded hash browns when grocery shopping. But recently, I found these Southwest hash brown patties in the frozen food section of my local Kroger and had to give them a try.

These hash brown patties are similar to other shaped/pressed hash browns, but with a little extra zing inside. These hash browns are perfect for breakfast or brunch and air fry to a crispy brown in just 10 minutes. They pair nicely with Sausage Patties, Toast, or Hard Boiled Eggs. Whether you’re making these southwest hash browns for breakfast, lunch, or dinner, use your air fryer the best results.

Try one of these other great air frying breakfast recipes:

How to cook frozen hash brown patties in the air fryer

Tools used in this recipe: 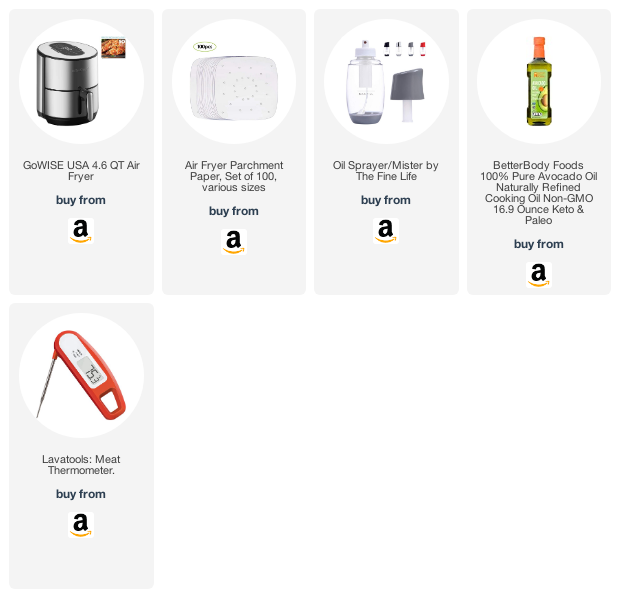 Amazon and the Amazon logo are trademarks of Amazon.com, Inc, or its affiliates.

AirFrying.net is a participant in the Amazon Services LLC Associates Program, an affiliate advertising program designed to provide a means for sites to earn advertising fees by advertising and linking to Amazon.com.